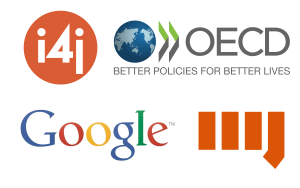 This piece was written ahead of the i4j Paris Summit, co-organized by OECD, Google and IIIJ in September 2014.

Governments need policies combining innovation and jobs, but it’s challenging to spend funds from employment budgets on innovation. Finance ministries want to know “when” and “how” the jobs will be created. Today, there are few models for predicting that. For all we know, we could be spending employment support money on innovation that kills jobs. Then there is a language issue. Labor and innovation economists publish in different journals and don’t go to the same conferences. Innovation economists are into micro economy while labor economists are into macro economy.

Traditional economics often cannot reflect dynamic innovation. For example, old economic models assume that individuals and companies are motivated primarily by profit and can’t really explain innovation by collaborative, non-profit efforts, such as open source software communities or the volunteer effort that has made Wikipedia. The “sharing economy” and other new economic paradigms are emerging fast and economists need new techniques and data in order to track and understand them.  New innovations, such as smartphones, have enabled benefits that no economic model could have predicted.  While new Internet and smartphone apps can be adopted by tens of millions of users in weeks or months, it often takes governments years to adapt economic models and policies to new realities.

So innovation disrupts economical models as much as it disrupts jobs. Tax money might perpetuate rather than solve problems because governments use economics models that no longer work. The result is an insecure middle class and distrust in government and democracy. These problems are on governments’ tables, not companies’. But few governments can fix them without public-private collaboration and everybody has an interest in getting them fixed.

Unemployment is on everybody’s mind after the financial crisis. Youth – the best educated generation ever – face an unemployment rate that is two-to-four times that of adults.  In many countries, one in two working-age women is not employed despite being often more educated than their male counterparts. Many women with jobs are under-employed because they can’t find enough paid work. In the OECD countries, fewer than half of all people are in the workforce. In the US, only one-third of all employed are actively engaged in their work, according to Gallup. Half of them are not engaged and one-fifth are actively disengaged.

The good news, then, is that the vast majority of human capacity is still an untapped resource. Most people in the world are waiting to create wealth and well-being with all their hearts. If less than half of all people today are creating wealth at less than half of their capacity, half-heartedly, it suggests that ‘disrupting unemployment’ can quadruple the global GDP. The reality is of course much more complex, but even a fraction of that is an enormous market for entrepreneurial innovators and their investors.

Our smartphones open up a new world of value creation. Big data and smart algorithms can match people and opportunities in new ways. Education and jobs can be tailored to fit individuals on a mass scale. If we can create jobs as effectively as products and services, will anyone ever be without a job? There is no lack of things to do in the world. Consider abolishing poverty, eradicating disease and ending violence to start with.

For this to happen, both public policy and private enterprise must innovate together. Which types of public-private collaborations can make things happen? What tools can economists offer?

The first of OECD’s “new generation” of multidisciplinary projects was to develop an “Innovation Strategy.”  Delivered in 2010 to Ministers meeting at the OECD, it proposed a “whole of government” approach and better integrating and elevating “innovation policy” as complementary tool to labor, trade and competition policy.  At the 2014 Ministerial, the OECD has been asked to revisit this for various reasons, including the impact of the recession and the new modes enabled by ICT.  Behind this is the constant concern about jobs.