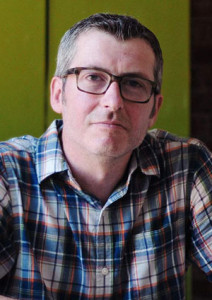 Current strategies and processes around employment (and education) are heavily skewed in favor of logical, mathematical and linguistic capabilities to the detriment of other awarenesses: musical/rhythmic, visual/spatial, bodily/kinesthetic, interpersonal, intrapersonal and naturalistic. Whether we see these as distinct types of intelligence or as abilities and aptitudes that constitute subsets of general intelligence is not of vital importance. The fact is that different people have different learning styles and that different jobs value certain qualities more than others.

The problem with a purely Informatics approach is that it places emphasis on things that machines are already better at than humans while at the same time ignoring the full complexity of human ability. A key element of this complexity is Empathy. Empathy is the cornerstone of emotional intelligence. Machines and algorithms are very bad at understanding this. That is because of how we have constructed them to date; it’s easier to build a computer program for concrete tasks like data analysis than to write code for abstract sentiments like compassion.

Trivia whiz Ken Jennings, who was famously beaten on the US game show Jeopardy by the IBM supercomputer Watson, has eloquently described his subsequent feelings of obsolescence in a TEDx talk. He alludes to a study that suggests that reliance on GPS may reduce hippocampus function in humans; that the brain literally shrinks the area required for spatial navigation when it is no longer deemed necessary.

We live in a time of global underemployment with some forecasters predicting a not-too-distant future where one in three jobs is replaced by software or robots. In this scenario we cannot rely on strategies for employment that are designed to make us redundant. An approach based solely on Informatics is a recipe for failure. We need to solve our problems with the best interest of humans as our primary motivation through ideas focused on nurturing the full spectrum of human potential.

We must move from teaching humans to understand machines to teaching machines to understand us. Technology is not the enemy. It is merely a toolset and “a bad workman blames his tools” as the saying goes. Elon Musk discussing how fast artificial intelligence is progressing recently joked that a machine involved in recursive self improvement might determine that the best way of getting rid of email spam is to get rid of humans.

By reframing the issue around Emphormatics, the fusion of Empathy with Informatics, we are faced with a series of challenges. Like the process of innovation itself, the first problem involves the creation of shared language. Machines cannot process our physical world until it is first rendered in virtual form. Companies like Paracosm are now using advanced scanning technologies to capture real world spaces. The applications for this are endless, for example a robot can learn to bring you a beer from the refrigerator when it understands what both of those things are.

Empathy is the ability to put ourselves in someone else’s shoes and see the world from their perspective. Immersive technologies (VR, AR and ‘cinematic reality’) are ideally suited for this purpose. Virtual Reality can result in an extremely powerful visceral feeling of awareness and connection in an immersive world. This phenomenon is referred to as ‘presence’. Presence can be engineered for the purpose of enforcing empathy. Users can enter an environment where they literally experience the world through another’s eyes and ears, where they suspend their disbelief to temporarily ‘become’ that person.

This technique lends itself well to the creation of role-playing scenarios that allow prospective employees to experience a company’s culture in a virtual world before trying it out for real. It provides a safe environment to make mistakes and an opportunity to see if you fit as part of a team. But it also encourages new emphatic social behaviors. Jaunt VR has reported that data collected from users in virtual worlds reveals surprising insights. By being immersed in 360 degree audio/video at a sports game or music event with the ability to navigate freely, users begin to look away from the main action and interact with the audience around them, to experience a feeling of community. Given that these reactions are occurring in a virtual space that a machine can compute, we can use this data as a starting point to tailor algorithms that can identify, measure and even eventually begin to gain an understanding of empathy.

Empathy leads to understanding and understanding leads to problem solving. Marvin Minsky in The Emotion Machine challenges the distinction between emotions and other kinds of thinking. He argues that emotions are “ways to think” for different “problem types” that exist in the world and that the brain turns on emotions to deal with various problems. Karim Ben Khelifa in his immersive augmented-reality installation project The Enemy argues that you cannot fight a war without first removing empathy, “The enemy is always invisible, when he becomes visible, he ceases to be the enemy.”

At a Commencement Address at Northwestern University in 2006 Senator Barack Obama challenged his audience by saying – “The world doesn’t just revolve around you. There’s a lot of talk in this country about the federal deficit. But I think we should talk more about our empathy deficit – the ability to put ourselves in someone else’s shoes; to see the world through those who are different from us – the child who’s hungry, the laid-off steelworker, the immigrant woman cleaning your dorm room.”

A professional resume or Linkedin profile tells us a lot about a person through a very narrow field of view. If we want to disrupt unemployment and find solutions to our other social, political and environmental challenges we need to try new methods that help us better understand the root of the problem. We need strategies that recognize and speak to the full complexity of human ability. We need to build better tools.